The first time my friend said to me “I love you, ya cunt” my jaw dropped.  I was speechless ~ a rarity.  I have opinions and lots of them; this time I was silenced.  My brain was trying to calculate the confusion and I blurted out “Fuck you, you asshole!”

I didn’t love him at that moment.  I went straight into defensiveness, anger, and a hate-on. If there was a word for emotionally being punched in the stomach, this is what I felt.  It was New Years Eve and there were 8 of us in a beautiful cabin at Sun Peaks Resort in BC.  Surrounded by nature, the snow, wonderful friends, a hot tub, vino, music, and laughter; I was in heaven until that moment.

I went to his girlfriend and she just laughed “….oh yeah? That means he really does like you.  It’s a big compliment, Rosy.”  I tried emphasizing it with a dramatic flare because I wanted to have the other women on my side, to be angry with me, for all woman worldwide!  “He called me a CUNT!”.  Nothing.  I continued, “So you’re a cunt too?  You let him call you that?”  She laughed again…  “It’s a Kiwi thing”.  Ok, so it didn’t work.  Everyone’s just laughing it off.  No one’s offended.  What. The. Hell.

That word is offensive. It is filled with misogyny.  It is meant to diminish us women; it serves no value or purpose beyond that.  Unintelligent, uneducated, feminist haters, women haters, sociopaths; those are the people who use that word.  Not anyone I would call a friend.

Even after returning home, I couldn’t let it go. Am I supposed to embrace being called a cunt now?  Enjoy it?  Let it happen? My friends were no help since I couldn’t get them outraged and on my side.  I had no support on this.

When able to sit and be honest with myself, I realized I felt hurt, disrespected, a little betrayed, and possibly deceived. Is this someone I want to be friends with? People who care about each other don’t say things like that to each other. There are ways to show love and this is NOT one of them. Was it a weird sick joke?

I really I wanted to understand how an entire country (Kiwi is slang for a New Zealander) uses the term for endearment.   I was in full-on disbelief.

Yet, I wanted to have the ability not to be offended; to understand their point of view and my emotional reaction.

Here’s some of what I found:

Ok, proof that my Kiwi friend was indeed using it to convey his friend-love for me. Mind blown.

It is a powerful word when you choose to give it a certain self-described power over you.

This awakened a deeper line of questioning.

What about those everyday words we say; that we think. Nasty, Dirty, Mean words.  Even worse than cunt because they are words we have become so desensitized to that we don’t even notice them anymore.  Words that no longer give us an emotional punch-in-the-gut. 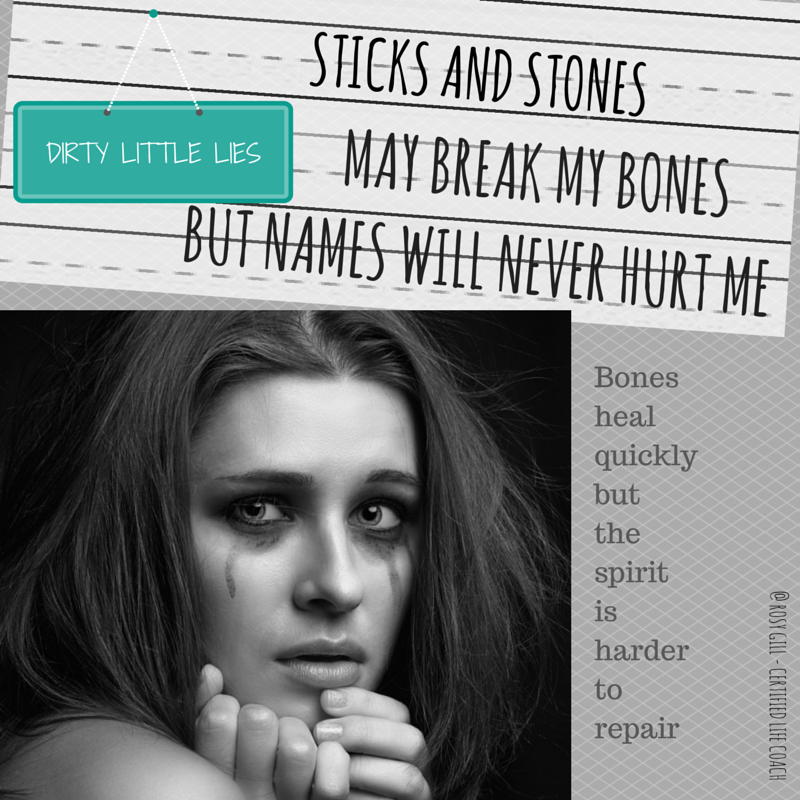 Those words are so much worse.  Yet we think them about and to ourselves all the time.  All. The. Time.  We think nothing of it.  We try to ignore it and keep ourselves busy busy bee’s… doing doing things.  We don’t even notice it until it has been going on for far too long and then at the worst possible time the weight of these words come crashing down – panic attacks, anxiety, depression.  Trouble sleeping.  Trouble concentrating.  We feel it in our bodies with physical pain: headaches, backaches, chronic pain.  Sometimes acting out in those moments of high emotion and erupting like a volcano – and then comes the regret, the guilt, the shame.  The Sorry.  So many sorry’s.

Lesson Learned: Words on their own have no power.

Who knew that this experience and many others would lead me down the road to become a trained and certified coach. Not just so I can sort out conflicting mind-body-emotion reactions quickly for myself but to guide others to unravel this quandary for themselves.

Perspective is an amazing thing. Understanding is even more powerful.  It’s good to know my Kiwi friend really does love me. And when I say it back, I get to feel a little naughty…although I’m just saying I love you! *evil smirk*