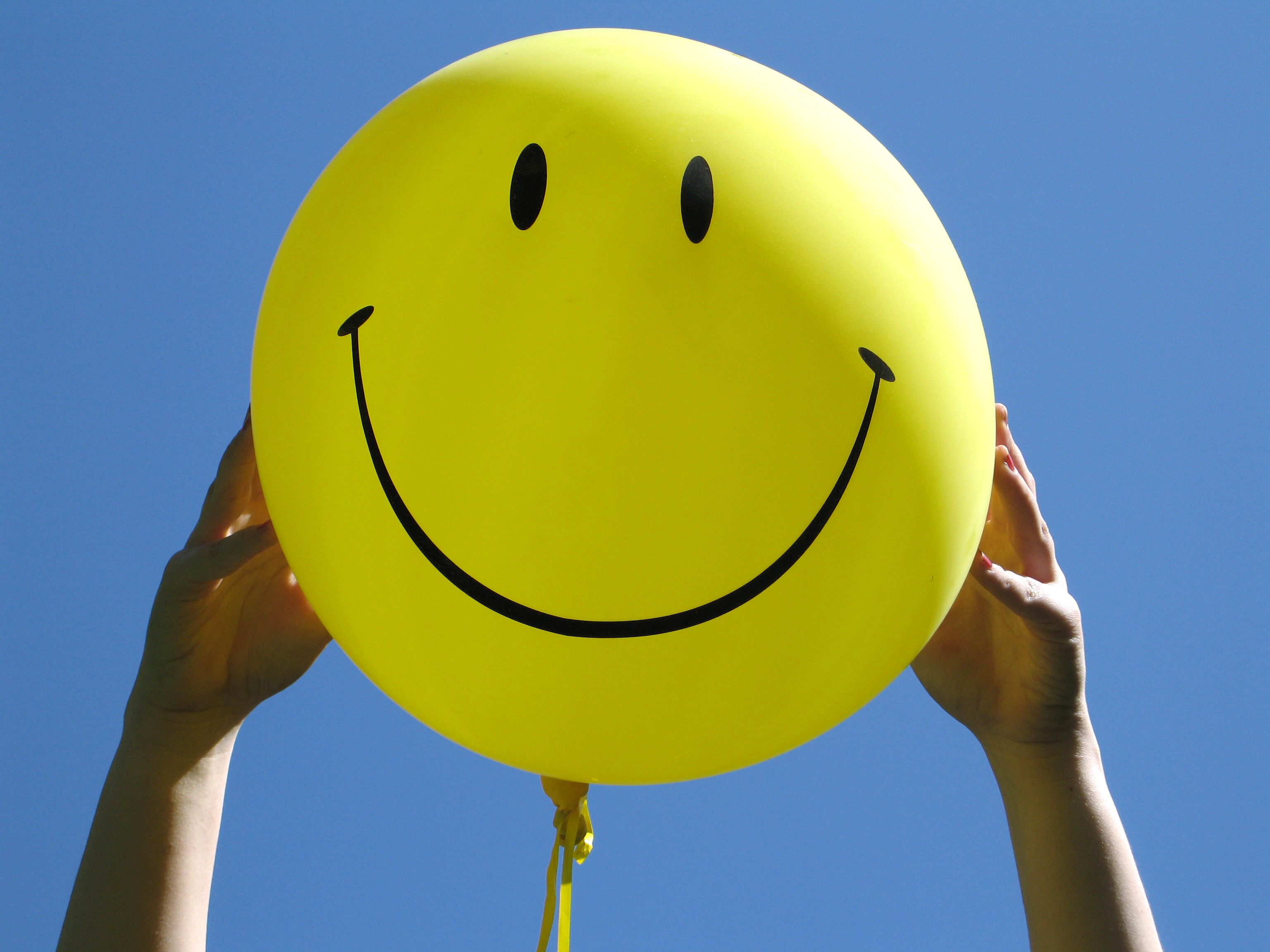 Lately, Happiness has been a really hot topic.

Why does the subject of Happiness seem to be everywhere these days? Do people really need to learn about happiness? Isn’t it something that just comes naturally?

First of all, it’s everywhere because it’s important. Research shows that happiness not only makes us feel good, it also helps us be more productive, live longer, be more creative, and elevate our health. For example, economists at Warwick University discovered that people who were primed to feel happy were 11% more productive than their peers and researchers at University College London found that people who are happy as young adults go on to earn more than their peers later in life. Happier people have also been shown to live longer and have better overall health.

These are some pretty great reasons to seek happiness. But do we really need to read articles and books – even take courses – to learn how to be happier? Don’t we, as human beings, just naturally seek happiness?

The answer to this is… yes and no. Yes, we do naturally seek happiness. However, we often have a mistaken idea of what will make us happier.

Is Happiness Determined by Genes?

According to the set-point theory of happiness, genes and personality traits are the major predictors of our subjective well-being, and there is little we can do to influence that. According to an article in Psychology Today, “Our level of happiness may change transiently in response to life events, but then almost always returns to its baseline level as we habituate to those events and their consequences over time. Habituation, a growing body of evidence now tells us, occurs even to things like career advancement, money, and marriage.”

A fascinating study by David T. Lykken examined the happiness levels of identical and fraternal twins, raised together and separately, and concluded that happiness is 50% determined by genetics. He explains the set-point theory of happiness this way:

“A happiness reading on a victim of a spinal injury—or on a winner in the lottery—taken a year after the event, is likely to give about the same value obtained before the event. Most people, within 6 months or so, will have adapted back to their genetically-determined set-point. Getting that promotion, having Miss or Mr. Right say “Yes”, even having a “born again” religious conversion—each of these may send the happiness meter right off the scale for a while but, in a few months, it will drift back to the set-point that is normal for that individual.”

We tend to believe that the more money we make, the happier we will be. This is true to some extent – research studies have found a correlation between annual income and overall happiness levels. However, as psychologist Daniel Kahneman and economist Angus Deaton discovered in 2010:

“It turns out there is a specific dollar number, or income plateau, after which more money has no measurable effect on day-to-day contentment. The magic income: $75,000 a year. As people earn more money, their day-to-day happiness rises. Until you hit $75,000. After that, it is just more stuff, with no gain in happiness.” (summarized by the Wall Street Journal)

Our happiness levels also depend on how we spend our money. Another Wall Street Journal article summed up the research well:

“Wealth alone doesn’t provide any guarantee of a good life. What matters a lot more than a big income is how people spend it. For instance, giving money away makes people a lot happier than lavishing it on themselves. And when they do spend money on themselves, people are a lot happier when they use it for experiences like travel than for material goods.”

If you had the choice between buying a new couch or heading to a B&B for the weekend, which would you choose? Many people would choose the couch, which they believe would give them more lasting happiness than a short weekend away. However, studies have shown that when we buy things, they may initially make us happy, but then we quickly adapt, and they are no longer a source of happiness for us (this is known as “hedonic adaptation”). Experiences (despite our assumptions to the contrary) actually provide more lasting happiness. Those positive memories of your weekend by the lake are going to stay with you much longer than your enjoyment of your new sofa.

“Testing this idea in an experimental context, Nicolao, Irwin, and Goodman (2009) randomly assigned participants to spend several dollars on either a material or experiential purchase, tracking participants’ happiness with their purchase over a 2 week period. Over time, participants exhibited slower adaptation to experiential purchases than to material purchases. One reason why this happens is that people adapt most quickly to that which doesn’t change. Whereas cherry floorboards generally have the same size, shape, and color on the last day of the year as they did on the first, each session of a year-long cooking class is different from the one before.” (E.W. Dunn et al, 2011).

So… What Can We Do to Increase Our Happiness?

In Psychologist Sonja Lyubomirsky’s well-regarded book, The How of Happiness, she explains that 40% of happiness is within our control. She outlines activities that have been shown by research to both increase and sustain elevated levels of happiness, such as practicing gratitude and positive thinking, investing in social connections, living in the present, and committing to goals. According to Dr. Lyubomirsky:

“It just means that the person who’s born happy doesn’t have to try as hard — just like thin people don’t have to work at it as much. You can make yourself happier using all kinds of strategies — but you have to put some effort into it.”

Believe it or not, there’s actually a “How of Happiness Song” that summarizes Lyubomirsky’s findings. The video is worth watching if you have 8 minutes to spare.

Some of these suggestions seem pretty simple, and yet all of this research can be pretty overwhelming. Where does one start? How does one sustain these behaviours?

My partner Rebecca Porte and I have spent hundreds of hours learning about happiness, and we’re still constantly discovering more. The field of Positive Psychology has exploded in the last decade. It’s very exciting that Psychology is no longer focused solely on abnormality and diagnosing mental ailments. We can now learn about optimizing our well-being and finding fulfillment. 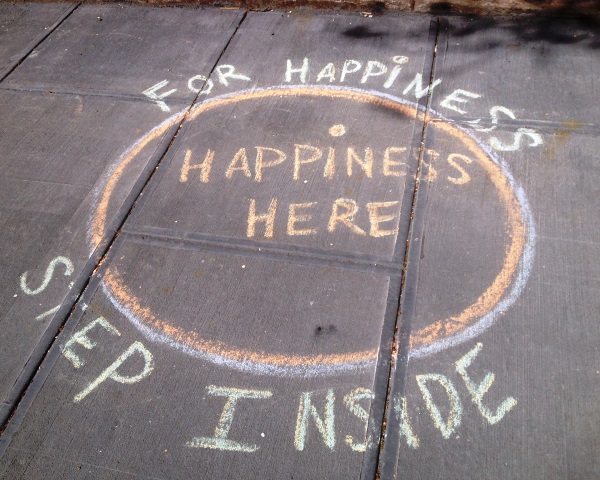 Shouldn’t happiness be fun and easy?

Some of these happiness activities feel a lot like work. Any new habit, pattern or goal can be a bit challenging at first, even when it is so worthwhile.  And it is well known that when we are embarking on something new, in addition to having the right tools, we need support and accountability to be successful.

Because of this, Rebecca and I have created our 6-week Happiness Circle Program. Through this in-person program, we bring together a small group of people to share what we’ve learned through our happiness research, and facilitate activities that have been proven to increase and sustain higher levels of happiness.

The results and feedback have been overwhelmingly positive – Happiness Circle Alumni are now well-equipped with strong habits, effective tools, and even new friendships to sustain and continue to grow their happiness. Participants have called the program “empowering”, “fantastic”, “fun and inspiring”. One mom, even a year later, credits it for transforming her two children’s happiness habits in addition to her own.

There is a lot you can do on your own though. In addition to the books referenced above, there are lots of other books on the subject of Happiness, as well as online courses, blogs, and videos. If you’re good at holding yourself accountable, you can commit to learning and implementing a new happiness habit every week. Trust me, the effort is worth it. You will notice a positive change. 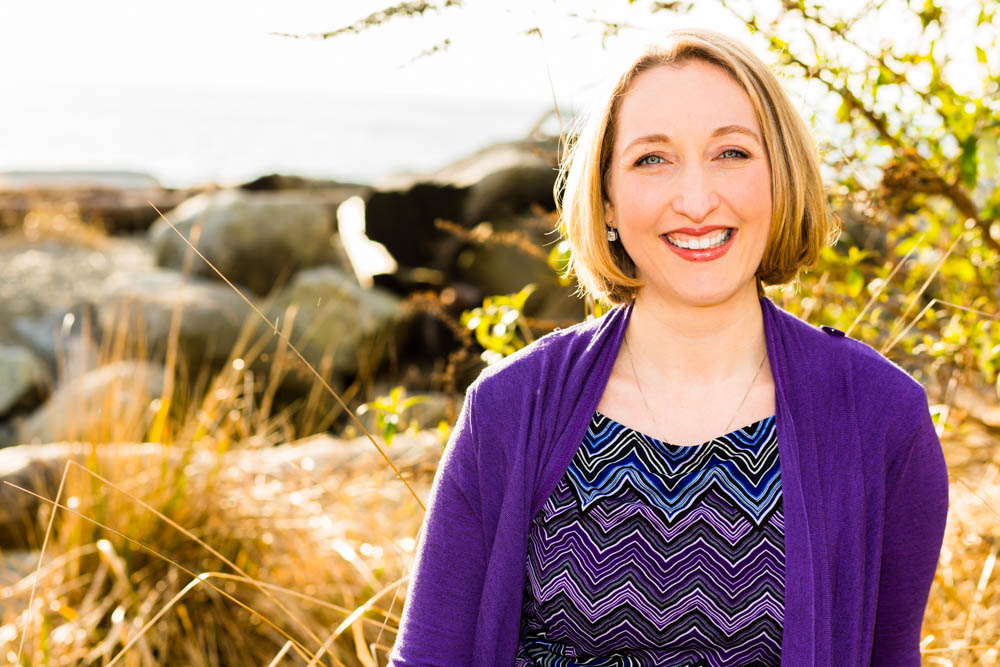 « The Other Side Of The Fence
Untethered »
Shares
Share This